The traditional kaddish journey is deliberately connectional. It pulls mourners into their communities, for they cannot recite kaddish without a minyan. Having surrendered myself to this tradition, I’ve come to draw upon the wisdom of people that I’ve reconnected with (those I prayed with before giving up on shul some 3 years ago), as well as others that I’ve connected with since beginning this process.

Speaking of connections, a related insight into the humanism of kaddish was presented to me by Professor Emeritus Martin Lockshin, a regular at my minyan. In his chapter on kaddish (published in the book Kaddish), Rabbi Lockshin calls our attention to the following nuance (pp. 344-6):

Mourner’s kaddish is recited in a responsive fashion, with the mourners reciting the prayer, and the congregation responding with: Amen, Blessed be He, and May His great name be blessed for ever and ever.

Traditional Jewish prayer is formulaic. It serves when we don’t know what to say, when articulation is too overwhelming, when we feel empty of self-expression, when we simply need a dependable tool for connection… to community, to our ancestors, to our heritage, to ourselves… to God. (did I just go there?)

Kaddish itself is more a representation, symbolic of a conversation. Imagine endlessly rehearsing a scene from Shakespeare with alternating co-stars and extras. You may vary your tone, your volume, your pose, your attire, your expression, even the set… but the entire conversation is already known to you. There’s no deviating from the script.

Still. Still. It doesn’t have to end there, and it usually doesn’t.

The kaddish itself is but the equivalent of a conversational still life, but it’s also a model for communication with the mourner who does most of the speaking. Give him room to speak, affirm his reflections, and respond to him with utter, unmistakable sincerity: Amen.

When I first started reciting kaddish for my father, I was in a daze and did not notice the other mourners. Then they approached me. The timeless conversation unfolded.

Not long afterwards, friends and family reached out to me in love. I was struck at how many of those conversations shifted away from my own father’s death, towards the piercing memories, the simmering hurts, and the irrecoverable losses of my comforters. The timeless conversation unfolded.

As I became a shul regular again, others would approach me and ask about my father, offering their condolences. Some profound conversations about death, halakha, kaddish, tradition, faith, and more sprung from these gestures, and the timeless conversation – unfolded.

These blog posts became my personal kaddish, taking on more of a life than I’d expected. At first, I only intended to write once a month, but found I couldn’t empty my mind and heart fast enough.

The responses continue to come electronically and in person – and if there was ever a kaddish conversation, it is this one.

My mother flew to Israel on Wednesday for her mother’s (my Babushka’s) funeral, and I picked her up from the airport.

She feels that my writings have not been entirely true to my father; that he wasn’t as secular and removed from God as I’ve made him out to be. My mother reminds me that my father was fascinated with Jewish texts (Talmud, Torah, Rambam, etc.), studied them extensively on his own, and often consulted with rabbis for clarity on the finer points.

I point out that there are those who study Jewish texts academically, without spiritual or soulful pursuit, simply to excavate our Jewish religious tradition. My mother agrees, but says that my father was a spiritual man who believed in God in a personal way; the texts spoke to his mind and his soul alike. She adds that my father perceived much of ritual to be a performance, which fails at expressing many of its practitioners’ true spiritual yearnings. (He was correct.)

She adds that I was mistaken about another thing – my father was not motivated by concern about preserving the Jewish heritage in the Diaspora. Wherever he was, my father was confident in his identity. He was unimpressed by the shifting ebbs and tides of Jewish culture and religion, and remained steadfast and consistent as a proud Jewish Israeli. On this, I fully agree.

All that remains are memories, but not only mine, and I do not seek to limit my father to my reflections. He would have been right to resent that, I think.

Kaddish should be a conversation.

A rather severe argument between me and my father comes back to me, which I recall attempting to diffuse by suggesting that our disagreement was but a reflection of cultural differences (I’d been raised in the USA, he’d grown up in the USSR). To my dismay, the attempt backfired spectacularly; and my father expressed his offense vehemently. Who was I to label him and dismiss his views as anything other than – his own? Who was I to treat him as anything other than a thinking individual?

This kaddish journey is turning out to be difficult to navigate.

In memory and honor of my father, I am striving to be utterly, unmistakably sincere.

7 thoughts on “The skeptic’s kaddish for the atheist, 9” 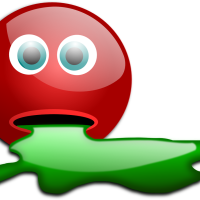 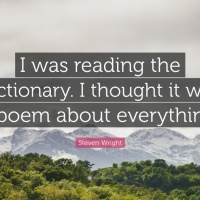 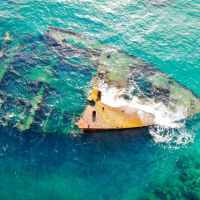 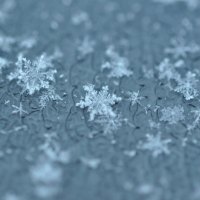