A story of a much younger me.

Memories of the exuberance of my first year of college stay with me. I remember how exciting it was to sit down with a new friend at a café right across the street from our dormitory. How adult we thought ourselves, as we ordered our chai lattes (that was the first time I’d ever had one). Everything was so new and fun.

My new friend Adam was a devout Christian, having grown up in the ‘Church of Christ’ in Dayton, Ohio. He was truly a pure soul with deep faith. We became fast friends, and as I was often attending social events organized by our local chapter of the Jewish fraternity, he would cheerfully come along with me and hang out with the Jewish fraternity brothers, totally at ease in our company. Antisemitism was not in his heart; in fact, he hadn’t had any Jewish friends until coming to college.

The brothers extended a bid to him, as they did to all the other freshmen who were interested in joining. While the international ΑΕΠ fraternity is culturally Jewish, many chapters have non-Jewish members, and ours was no exception.

Adam, after some consideration, accepted the invitation and became one of my pledge brothers (probationary members). In fact, he was one of two Christian pledges that year (the other, Kenneth, was a Catholic). Sadly, when the pledge period ended some five weeks later, Adam dropped out due to religious considerations after he’d consulted with his family.

One incident involving Adam remains unforgettable to me.

Before Thanksgiving break, Adam and I were hanging out in my dorm room when he started to cry. I was shocked. “What’s wrong?” I asked. “You’re such a good person,” he responded between sobs, “I don’t understand how you can be going to hell.”

I remember talking to him, reeling from the realization that my friend actually believed I would be sentenced to eternal damnation for being Jewish. I told him that I was sorry he felt this way, but there simply wasn’t anything I could do about it. I was a Jew, and my belief system was different than his. Judaism doesn’t put much emphasis on an afterlife, and the concept of hell is not part of our faith.

Following that exchange, I was deeply shaken.

I went over to speak with Kenneth, my other Christian pledge brother, who told me that while he too believed that Christ is the Messiah, it was his belief that those who do not currently accept Jesus as God cannot be faulted. His view was that once Jesus returned, all of humanity would be expected to accept him, and only those who continued to reject him would be damned to hell. Ken’s understanding made more sense to me.

Interestingly, after we’d returned from Thanksgiving break, Adam had also found peace after consulting with his family’s pastor, and he’d somehow decided that I wouldn’t necessarily be going to hell… Our friendly relationship continued, but neither of us ever broached the subject again, and we didn’t spend as much time together as we once had. After that first semester, Adam left our university, and I never saw him again; I think he transferred to a Christian seminary.

That was more than two decades ago.

I have never had a problem being friends with anybody who doesn’t have a problem with me.

Here in Israel, I very happily wish all of the Muslims I interact with a ‘blessed Friday‘ (جمعة مباركة) and ‘generous Ramadan‘ (رمضان كريم). I have fewer interactions with Christians in person nowadays, but I’m happy to wish any that I meet a ‘Merry Christmas’, and I once attended Christmas services at a Lutheran church in the Old City of Jerusalem with friends of mine.

I’m always curious to understand other people’s faiths and cultures and am eager to engage them in conversations about our respective worldviews.

Since college, I’ve learned quite a great deal about Judaism, and while I am no scholar, I have a solid understanding of the history between Jews and Christians throughout the centuries. I am aware, for example, of the beliefs represented by the crowned Ecclesia and the blind, defeated Synagoga statues, which feature prominently before some of the medieval churches that I’ve visited. In truth, I find such beliefs more a curiosity than offensive. After all, I walk the earth as a proud Jew, and I don’t feel defeated in the slightest (quite the opposite).

In short, a person’s humanity is of much more interest to me than their religious affiliation. In my four decades, I have met wonderful people of many different faiths (and many of no faith at all); and I have also encountered some horrible people who earnestly couch their xenophobia and horrid behaviors in religious language.

I created this blog for myself, my friends, and my family, giving no thought to other people’s blogs, intending only to pour out my thoughts and centralize the 51 posts that comprise my kaddish journey following Papa’s death.

Inevitably, I suppose, other bloggers began interacting with me, and I was drawn to read their pieces of prose and poetry. Many of our subsequent online interactions have been very rewarding and have fueled some interesting thoughts.

Among these new online friends, there are some devout Christians who write about their beliefs, and I’ve found none so sincere as Steven Colborne from London. I find his deep faith and daily drive to unravel the big questions of the universe very moving, even though he and I are of different faiths (and mine, unlike his, is uncertain).

Just two days ago, on Friday, Steven published a post titled ‘The Synagogue of Satan’, and before I’d even noticed it, he sent me the following e-mail (shared with his permission):

Hey David,
Just wanted to say hi and send my love.
I know the blog post I published this morning could be thought provoking for you. It is posted with the utmost respect for you and for the Jewish people. My intention is always to share the whole of Scripture to everyone who’s interested, because this is what I understand I am called to do by Jesus, who I understand to be God’s Messiah, and indeed God himself.
Have a wonderful day, friend.
Peace be with you! Shalom.
Steven

I was busy shopping for Shabbat on Friday (during the Winter months, Shabbat starts earlier so Fridays are quite busy with preparations), and I didn’t have much time to engage with Steven, but I shot off a quick response, letting him know that I was not offended in the slightest. Now, some hours after Shabbat has gone out here in Jerusalem, and I’ve had more opportunity to sit down and reflect upon Steven’s words, I want to offer him a simple, Jewish response:

77 thoughts on “The “synagogue of Satan”” 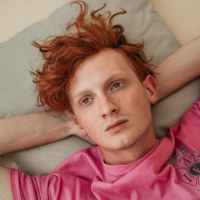 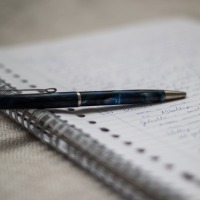