Jewish wedding: No rabbi? No problem!

Did you know that according to traditional Jewish law, no rabbi is necessary for the performance of a Jewish wedding? That’s right: Jews don’t need rabbis to get married.

Okay, so what are the essentials?

Now, there are various ways to give honors to family and friends at a Jewish wedding, and I would say that no honor is considered greater than serving as one of these kosher witnesses. After all, it is they, rather than the officiating rabbi, whose roles are required by Jewish law.

Theoretically, if one of the kosher witnesses is revealed to be unkosher (not living up to certain religious standards) that would invalidate his testimony as a witness and render the wedding illegitimate.

Well, when my wife and I were planning our wedding, we really delved into the [religious] details of the ceremony and celebration.

We thought about how to strike a balance between Jewish tradition and feminism; how to ensure the comfort of our ultra-Orthodox wedding guests at our modern minded ceremony; how to make Jewish tradition accessible to our many secular friends and family members; whom to give which honors to…

My wife and I each assigned a witness to sign the ketubah and observe the ceremony beneath the chuppah (wedding canopy). Understanding the fundamental significance of these two kosher witnesses, and wanting our marital union to be religiously ironclad, each of us picked the most pious, God loving people that we knew. My wife picked the father of her adopted Israeli family, and I picked one of my Torah instructors, Rabbi Meir:

I starkly remember a rabbinic panel on prayer, held at the Pardes Institute. One devout rabbi (a teacher of mine whom I had specifically asked to sign our ketubah out of awe at the earnestness and intensity of his relationship with God) explained that he felt closer to God than he ever did to other people. He related that he would pour his heart out to God in prayer every single day in a way that he couldn’t with others. Upon hearing this, a second rabbi shed tears before the other panelists and demanded, “How do you get that way?”

Oh… I see where this is going

I hadn’t seen this rabbi in more than half a decade when I read that his wife had very unexpectedly died.

She was such a lovely woman; I had been to their home for Shabbat several times over the years and would also chance to speak with her every year at our community retreats. Truly, I cannot say enough good things about her; she was incredibly humble and gentle. While both had been born only children, together they raised a gorgeous family of nine in Israel.

Nobody expected her death.

Malka had led an active life and suddenly she found that walking up the stairs was presenting a challenge… The doctors were shocked, given her healthy lifestyle and outward appearance, that she needed to undergo triple bypass surgery. Over the course of several days following that surgery, Malka fought and then faded. And then- she was gone.

In Jewish tradition, mourners accept guests to comfort them for seven days following the funeral. These seven days are called the ‘shiva’, which is derived from the Hebrew word ‘sheva’, meaning ‘seven’.

Based upon my own experience as a mourner, it has become very meaningful to me to show support for others in mourning, particularly those who are dear to me. Thankfully, a friend [with a car] who had also studied with Rabbi Meir proposed that we visit him at the shiva together.

Beyond wanting to show my support to my teacher, I was curious to see how a man of iron faith such as Rabbi Meir might deal with the unexpected death of his wife of fifty years. He spoke of Malka and shed tears before his visitors (something I had never imagined I’d see him do); and, somehow, through it all, he continued to exude that deep grace and dignity, which he is known for. He was shattered, but his faith in God remained unassailable.

Rabbi Meir shared that he had just retired after more than forty years of teaching Torah, and they had been discussing how they would spend their years together after the COVID-19 insanity settled down. Malka died very shortly after his retirement.

Split screen in my mind

Writing about Papa is difficult for me, but perhaps writing about Mama is even more so because she is alive. After all, Papa doesn’t have to live with the consequences of what I write about him.

My parents had been planning on selling their home (the house where my younger brother grew up) and moving to North Carolina. With him permanently out of the house and me far across the ocean, they no longer needed their large house. They hadn’t found a buyer for the house yet, but that was their goal.

I was rocked by Papa’s death, but I didn’t have to physically face its reality on a daily basis if I didn’t want to. After all, I was still living with my wife and daughter far away in Israel and working at the same job. That surreality of returning to “normal” was, in large part, what prompted me to recite kaddish for Papa every day, as well as to pursue my Skeptic’s Kaddish writing project during my year of mourning.

For Mama, everything changed dramatically. Where would she live? What would she do with the rest of her life? Whom would she do it with? Clearly, she still had to sell her too large house, but then– what?

That was another reason why I started blogging about my mourning experience – I wanted to feel closer to Mama and Eli, and I aspired to helping them feel closer to me, despite the more than ~9,000 kilometers between us.

As I sat at that shiva several weeks ago, listening to my dear teacher crying over the unexpected and sudden loss of his beloved wife Malka, part of my mind found itself with Mama on the other side of the Atlantic Ocean…

… wishing that we were not so far apart.

67 thoughts on “When the rabbi’s wife died” 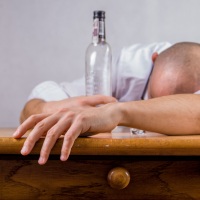 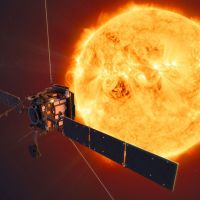