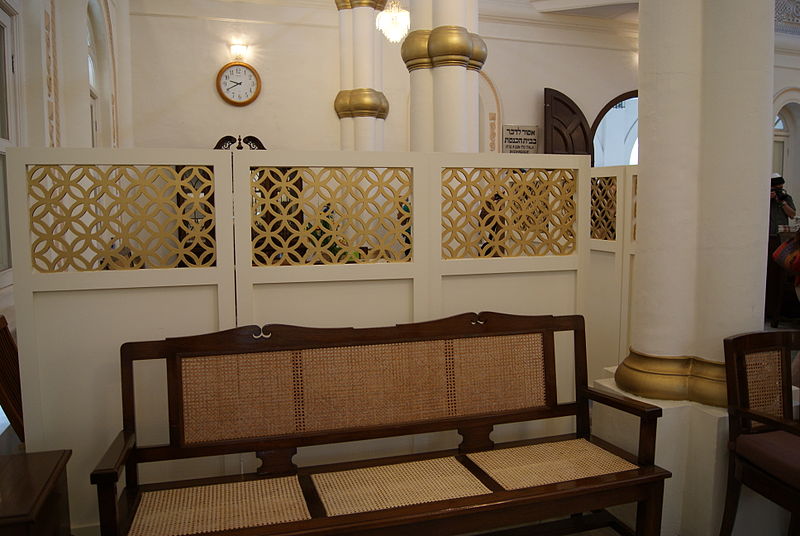 Wait for it… wait for…

The tall blonde’s thin cotton skirt swished as she walked by the loquat trees not far from the edge of the sidewalk. Behind her the sun continued its descent towards the distant Mediterranean, its beams piercing through the branches. The Star of David hanging from the her tanned neck sparkled.

Osnat trained her lens upon the Star of David, noting the small beads of sweat glistening on the young woman’s bronze skin. She seemed a wistful beauty, a perfect subject for Osnat’s new sunset photo series. Zooming in and out as the blonde glided around the corner, the older woman let her camera do the work, capturing the pinks and purples of the sky behind the young lady as she made her way to the nearby Jerusalem bus stop. Yosef would have so appreciated the girl’s air of pensiveness…

The middle aged woman traced the camera’s edges with her fingers, remembering how her husband had once held his beloved instrument, one hand under the lens, the other steadily gripping it along the side. In the years before his death, Yosef had taken such pride and pleasure in his hobby, presenting his work at local fairs and framing his favorites for friends and family. In those later years, he was hardly ever without his camera, always looking for graceful birds in flight or unsuspecting children at play. His photography still remained, lining the walls of their house.

After Yosef’s abrupt death, Osnat had taken to emptying out his bedroom and office, unable to gaze at his bookshelves and assorted tchotchkes without sobbing. It was thus she came upon his camera equipment in the office closet. At first, she couldn’t bear look at it, but as the weeks had gradually turned into months, Osnat eventually found herself laying Yosef’s many camera lenses, tripods, flashes and more out on her husband’s bare desk. The bird photographs on the walls looked at her.

It was then that Osnat had decided to teach herself photography. Their son Ephie’s daily kaddish recitation for his father at shul brought her great comfort, knowing that Yosef would have expected and wanted that traditional honor, but she, as a woman, felt out of place among the stern, bearded prayer-goers. Osnat would honor Yosef’s memory through the lens of his own camera.

Mincha, the afternoon prayer, ended with the recitation of the mourner’s kaddish, which Ephie always stood for. Even after he’d completed his year of kaddish, the young man had continued coming to shul, just as his father had done before him. Ephraim wasn’t much of a believer, but he respected those who somehow managed to find and hold on to faith, including his Abba who had continued attending services long after he’d completed his year of mourning for his father.

He glanced out the window at the sky as its pinks and oranges darkened to purples. Eema was probably out with her camera somewhere, looking for new subjects to capture for her new Jerusalem Sunset series. He knew that she didn’t feel entirely comfortable at shul because of its male-centeredness, which bothered him also. That’s why she’d been so glad that he’d been the one to recite kaddish for Abba.

Of course, some ladies did occasionally come to services to recite kaddish for their parents from the women’s section in the back, but they were hard to see, seated behind the deliberately tall latticed mechitza that separated them from the men’s section. Also, many were self-conscious about their secondary role in the gendered public prayer space and didn’t recite their kaddishes loudly enough for the men to hear them and respond. They were largely unheard and invisible.

Since completing his own year of kaddish, Ephie had come to feel very strongly, as Yosef had before him, about supporting other mourners in the community with a firm, resounding response to their kaddishes; and his seat happened to be in the back, just in front of the women’s section.

Conscientiously, the young man always made sure to time his response with the female mourners behind him: “Yehe shmeh rabba mevarakh leʻalam ulʻalme ʻalmaya!”

Osnat stood and stretched her legs as the young woman’s bus drove off.

Ephie would soon be praying ma’ariv, the evening prayer service. His Abba’s shul had practically become a second home to him, ever since Yosef died. It pained her to see that the young man was still grieving so deeply, but he had to know that no amount of kaddishes would ever bring Abba back. “At some point,” she sighed, “we all have to start living again.” The old men at shul were undoubtedly kind souls, but how would Ephie ever meet a young lady if he couldn’t leave the past behind him?

Quietly, Osnat turned in the direction of the Old City, seeing the Western Wall in her mind. “Hashem, I’m not a religious woman, but surely You know my heart. Please – help my Ephie heal… it’s already been four years since his Abba died. Please – help my baby move on from his Abba’s death. Please. Please, my Lord. Help him.”

The young man completed his prayers and glanced around the sanctuary. Were there any mourners present to recite the kaddish? No, it seemed not, he thought sadly. Ephie always felt a sense of incompleteness when no mourners were available to recite the kaddish after services. Somehow, he felt that tradition had actually intended people’s personal kaddishes for the entire community, including the souls of Abba and Saba.

Suddenly, the sound of a door swinging at the back of the women’s section caught his attention, and Ephie made out the sound of somebody walking quickly, nearly running, towards the mechitza. Through the latticework, he could barely make out a female worshipper and heard her clear her throat nervously. Softly, she began reciting the kaddish, muffled through her tears.

None of the other men had noticed the woman’s entrance, and they were too far away to hear her… the necessary prayer quorum was already dispersing!

Ephie stood in place, seriously, deliberately, and intoned his response loudly for all the rest to hear: “Yehe shmeh rabba mevarakh leʻalam ulʻalme ʻalmaya!” The elderly petitioners stopped and looked around the room, trying to figure out whom Ephie was responding to. Through the stillness, they finally heard the woman’s kaddish and crying. Collectively, the men moved closer towards the mechitza to better hear her kaddish.

“B’rich hu,” they responded together, and then: “Amen; Amen!”

The mourner completed her recitation, and the men smiled at Ephie as they threw on their jackets and headed for the exit. The sexton patted Ephie on his shoulder; “Tzaddik,” he whispered.

Ephraim shrugged shyly and returned his siddur to the bookshelf, before reaching for the light switch. As he made his way down the corridor, he heard a woman’s voice behind him: “Excuse me? Were you the one standing next to the mechitza?”

The young man turned to see a beautiful blonde with tear stained cheeks standing before him. “I’m Nechama,” she told him, “And I just wanted to say ‘thank you.’” 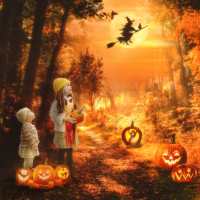 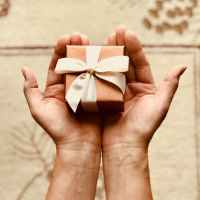 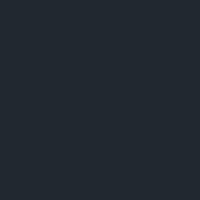 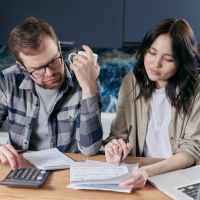 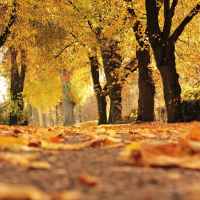 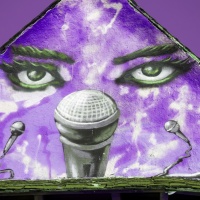 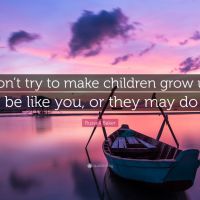 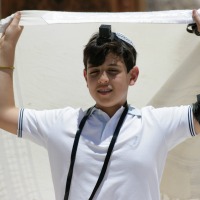