A terza rima (sort of)

A chain is only as strong as its weakest link.

For this prompt, choose a proverb or a pair of proverbs. Use them as you wish — as an epigraph or within the poem. Be serious or funny. You can use one of the proverbs below or choose one of your own. Yes, they are often clichés, but that gives you a challenge to make your poem original, right? 😀 Make certain you clearly state the proverb. 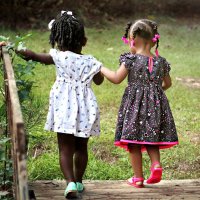