I watched the 9-11 terror attacks on the large screen TV at the Cleveland Hillel, where I was very active as a Jewish student at CWRU. I watched the attacks and could barely comprehend that they were happening in the real world. “Numb” isn’t quite the right word to describe my feelings during those hours… mostly, I felt… blank?

Then, at a certain point, it dawned on me that my parents and brother lived close enough to NYC to potentially be affected by the events of 9-11. It wasn’t very likely because they lived and worked in central NJ, but…

I walked over to the Hillel office and dialed my parents’ home phone number. My father answered the phone and reassured me that they were, indeed, okay. We spoke briefly, and then I walked back to the lounge to watch the news unfold.

That’s pretty much all that I remember.

Several years later, as a graduate student at Rutgers University in NJ, I was teaching part-time at the Hebrew school that I had attended as a child in East Brunswick, NJ (“Hebrew school” is an after-school program for Jewish kids at their synagogues.)

I was teaching seventh grade Holocaust studies, and I was the “cool, young teacher” (there wasn’t any competition for that position).

Just before the very start of the school year, I remember the Hebrew School principal telling me about a particular boy in my class who had lost his father to the 9-11 terror attacks. His father had worked as a securities trader on the 104th floor office in the World Trade Center, and his tower took the first hit in the terror attack.

My student was the oldest of three children, and he had been 9-years-old when his father perished. His younger sister had been 7-years-old, and his younger brother had only been three-years-old.

The boy’s story shook me; that was the closest I’ve ever come to anyone that had lost a family member in the 9-11 attacks. I remember observing him in my classroom throughout that year… I was constantly hyper-aware of the boy’s moods and behaviors. I recall that he always wore dark clothing, sat quietly at the back of the room, and had a biting sense of humor – I really enjoyed his presence in my class.

Oh… and I also remember that he was very protective of his younger sister who was two years younger. He would always walk out with her to their mother’s car when Hebrew school ended.

Some time not long after that school year began, I visited the 9-11 memorial in East Brunswick, NJ, which was dedicated to the eight local victims of those terror attacks… The names of the eight victims were etched into the two little stone towers representing the WTC. That’s how I learned his father’s name. 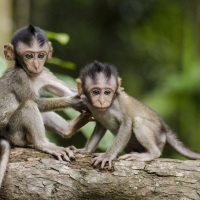