In the form of 5 Kimos

Thursday’s d’Verse prompt was to try our hands at writing cadralors.

The cadralor is a poem of 5, unrelated, numbered stanzaic images, each of which can stand alone as a poem, is fewer than 10 lines, and ideally constrains all stanzas to the same number of lines. Imagery is crucial to cadralor: each stanza should be a whole, imagist poem, almost like a scene from a film, or a photograph. The fifth stanza acts as the crucible, alchemically pulling the unrelated stanzas together…

The kimo shares much in common with the haiku: it appears in three lines, making it a tristich, with each line following a diminishing pattern:

Each of these lines are unrhymed.

The kimo often deals with a static image, a single moment in which there is no movement. Along with its brief nature, this makes it an excellent form to reflect on or celebrate a particular instance. 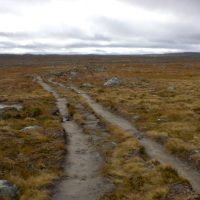