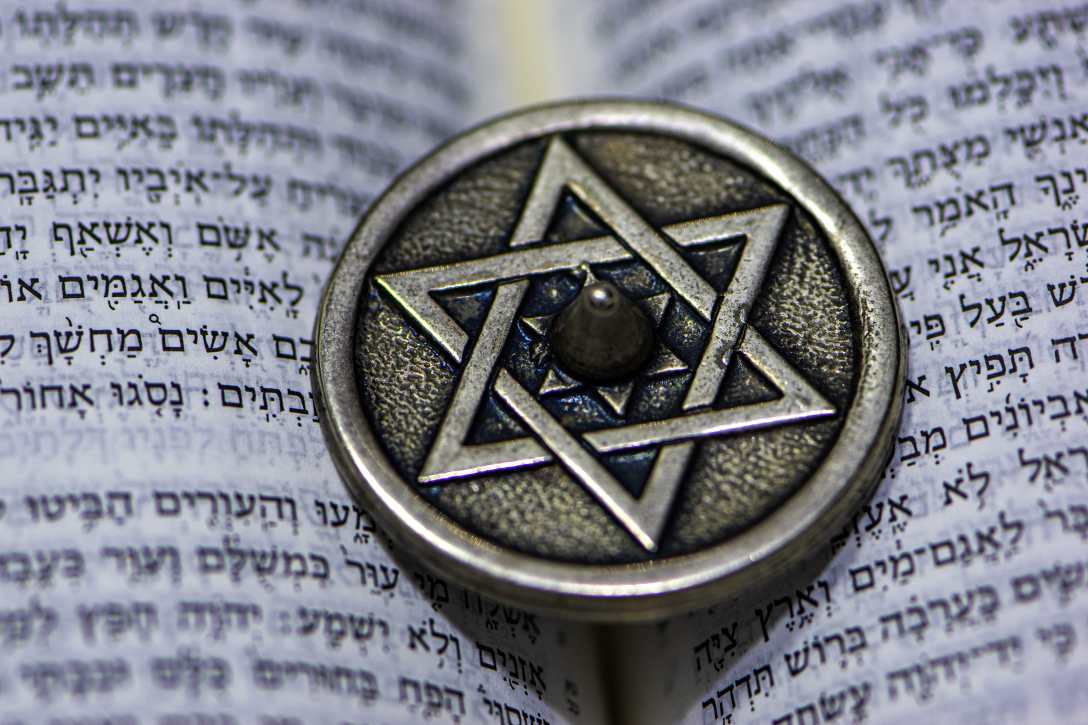 Male Orthodox Jews usually wear skullcaps called kippot (singular: kippah) while they are awake, both outdoors and indoors. I’ve even met some who wear head coverings while they sleep at night, although this is definitely beyond the norms of mainstream modern halakhah (religious law) and Jewish culture.

In fact, it’s quite interesting that skullcaps are the most obvious outward sign of an Orthodox Jew’s identity as a Jew, but there is no Talmudic basis for forbidding a man to walk around bareheaded, nor for requiring men to cover their heads when praying or reciting God’s name. The Talmud, mind you, is the text, which most modern halakhah is based upon.

Of course, one wouldn’t know any of this if one wasn’t familiar with halakhah, which I wasn’t when I first started wearing a kippah in public. That was more than two decades ago when I entered college, but such nuances wouldn’t have mattered to me back then because I wasn’t remotely religious; until college, I had self-identified as secular (read: non-religious) all my life.

You see, in those days of youthful self-discovery, I made my decision to wear a kippah around campus for a simple, non-religious reason: I wanted to be identifiable as a Jew.

In 2009, when I first moved back to Israel as an adult, I was already wearing a kippah in public, and I had no thoughts of removing it. At that time, I self-identified as an Orthodox Jew, and I was moving to Israel to study Torah (in this context, I mean: the totality of Jewish teaching, culture, and practice).

Studying ancient Jewish texts and halakhah (religious law) in particular can be “dangerous” for those who would prefer to be faithful religious adherents because of their potential exposure to the many layers of history and intention behind sundry religious practices, which the holy texts peel away and reveal. Studying Torah complicates one’s thinking by providing access to information.

Whereas before, I’d thought that wearing a kippah was incumbent upon me as a religious Jew, I learned that the reality is more complicated, beginning (as noted above) with the Talmud’s lack of legal basis for obligating men to wear head coverings.

Beyond this, there are multiple nuances that have peppered religious discussions over head coverings throughout the centuries. Is a religious Jew permitted to walk more than four strides with his head uncovered? Is he committing a religious transgression by reciting blessings; praying; studying Torah; entering a synagogue; eating; etc. with his head uncovered? What were the customs and norms of his ancestors?

Nobody in the know would seriously argue that wearing a kippah hasn’t become today’s norm for Orthodox Jews, but – is that due to our customs or religious laws? Once I started drilling down into such questions, I uncovered a world of technical nuances that I’d never been exposed to before.

Still, I continued wearing a kippah.

You may not know this (I kid!), but sometimes it gets quite hot in Israel.

Also, you may not know this, but we don’t own a car, which means that I walk around a lot (and take buses to and from my daughter’s elementary school).

Walking around all day with one’s head covered in a Middle Eastern country is, well… hot. Honestly, I pity those ultra-Orthodox Jews who wear multiple layers of heavy clothing (some of which are woolen) in the scorching Israeli sun, topped with long black coats on the outside. (If you’re wondering, that fashion is much more suitable for an Eastern European climate because that is where it originated. Also: it was originally a non-Jewish style of dress, worn by aristocrats and nobles.)

Still, in public, I continue always keeping my head covered, as I also do whenever I am anywhere where not everyone knows me… For despite my religious skepticism and my breaking with religious norms in private, I don’t want to be perceived as a secular (meaning: non-religious) Jew. (And: having a beard also helps.)

A cap, not a skullcap

But I almost never wear a skull cap publicly these days… rather, I wear a cap with a rim because I don’t want to be associated with any particular stream of religious Judaism. It’s quite unlikely but technically possible that a non-religious Jewish man in Israel could sport a beard and a cap. Therefore, to some extent, this makes my outward appearance more ambiguous.

Having thought about this, I’ve realized that while I don’t want to be perceived as a secular Israeli Jew because I am uncomfortable with certain aspects of that approach to life, I’m also quite uncomfortable with some central cultural and social aspects of what various streams of Orthodox Judaism espouse and accept as normative in discourse and behavior. I’m really neither here nor there… And deeply uncomfortable with both demographic groups for different reasons.

Walking to the Haifa beach

Over the summer, my wife and I took our daughter to the city of Haifa for a week at the beach, which she loves.

Obviously, Israel is a desert country, but Jerusalem, where we live, is slightly less hot than some other major cities because it’s up in the hills; and it’s much less humid than Tel Aviv, Haifa, and other cities on the shores of the Mediterranean Sea. I mention this because walking from our vacation rental to the beach would take us some ten or fifteen minutes, and I would always start sweating profusely whenever we exited the apartment. It was, to put it lightly, uncomfortable.

After our first walk to the beach, I spontaneously decided to make the next trek shirtless and without any head covering. This wasn’t for the sake of making a statement – it was entirely a matter of personal comfort. Still, my wife looked at me with surprise. She’d never seen me walking around outside without my head covered.

And, while it’s true that I wasn’t deliberately making a religious statement by removing my head covering during our Haifa vacation, this would have been unthinkable for me only several years ago. From the perspective of a traditionalist, my commitment to Jewish religious law and religious culture has plummeted in the last few years…

Reflecting upon this, I must admit to myself that while I remain very uncomfortable with the idea of living a non-religious Jewish life, I have grown increasingly uncomfortable with the prospect of being an Orthodox Jew… Even with the prospect of belonging to a modern, intellectually-oriented, accepting, and relatively open-minded Orthodox community, which is what I have most closely identified with for many, many years.

Both a part & apart

More than ever before, I am realizing that while I feel myself inseparably part of the Jewish people, I also find myself standing very much apart from its sundry subgroups.

From a spiritual perspective, I find myself deeply mired in viscous disquiet; and there seems to be no available way to pull myself out.

50 thoughts on “Both a part and apart”