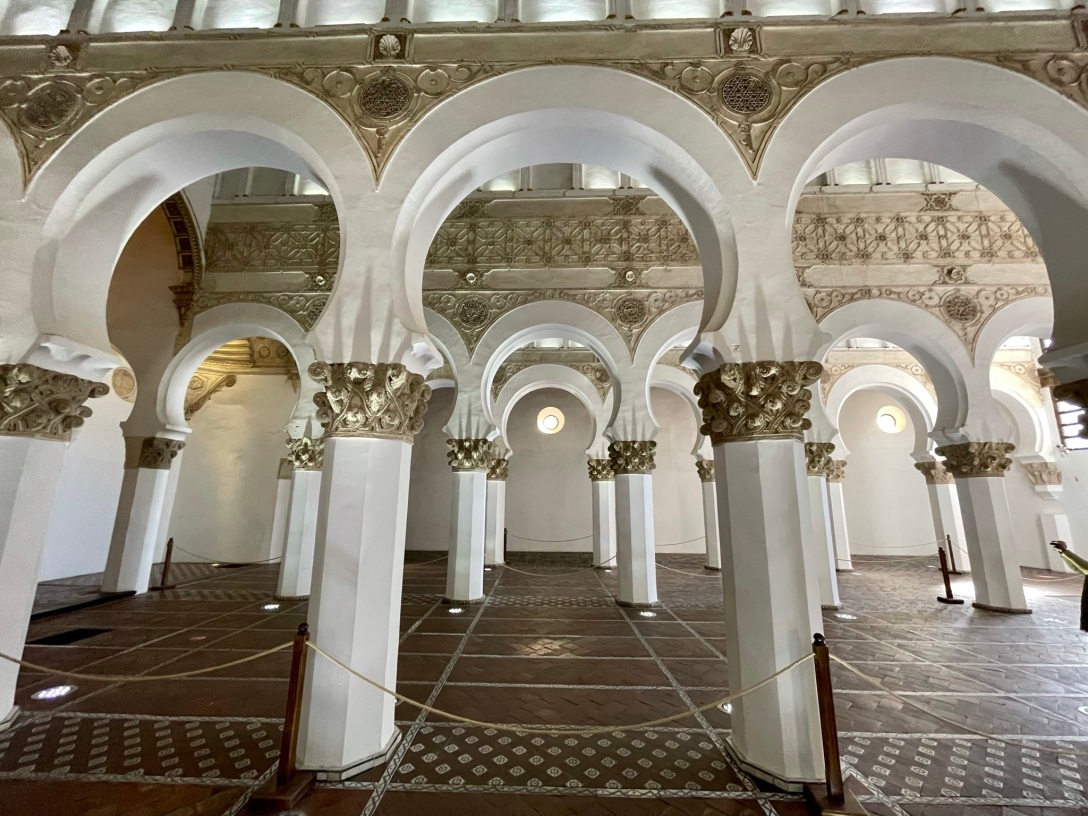 ‘Religious Confusion, or: Cooperation’, a poem by Ron Rowland of ‘Navigating This Thing We Call Life’

“The Synagogue of Santa María la Blanca (literally Synagogue of Saint Mary the White, originally known as the Ibn Shushan Synagogue, or commonly the Congregational Synagogue of Toledo) is a museum and former synagogue in Toledo, Spain. Erected in 1180, according to an inscription on a beam, it is disputably considered the oldest synagogue building in Europe still standing. It is now owned and preserved by the Catholic Church.

Its stylistic and cultural classification is unique among surviving buildings as it was constructed under the Christian Kingdom of Castile by Islamic architects for Jewish use. It is considered a symbol of the cooperation that existed among the three cultures that populated the Iberian Peninsula during the Middle Ages.”

A Cywydd Llosgyrnog by ben Alexander of ‘The Skeptic’s Kaddish’

What a miracle life is and how alike are all souls when they send their roots down deep and meet and are one!

21 thoughts on “Religious Confusion, or: Cooperation”