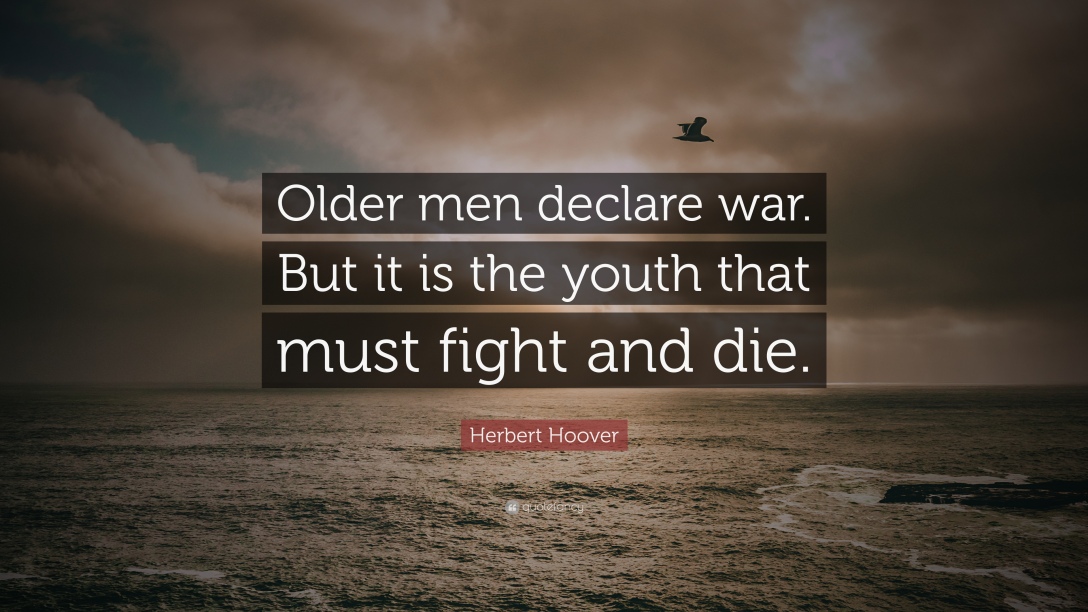 Older men declare war. But it is the youth that must fight and die.

The more you sweat in peace, the less you bleed in war.

War does not determine who is right – only who is left.

There is no hunting like the hunting of man, and those who have hunted armed men long enough and liked it, never care for anything else thereafter.

If we don’t end war, war will end us.

It is forbidden to kill; therefore all murderers are punished unless they kill in large numbers and to the sound of trumpets.

All wars are civil wars, because all men are brothers.